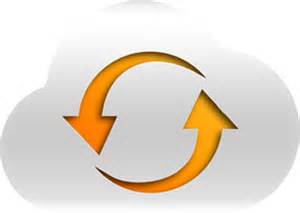 BlueBridge Networks has its Data Center Flagships in Cleveland and Columbus, Ohio and access to various Cloud Nodes in cities in Canada and across the United States.

Archiving- Archival storage is storage for data that may not be currently used but is kept for possible future use or for record-keeping purposes.

API (Application Program Interface) A set of functions and commands programmers can use to communicate with other control programs. An example would be utilizing a Cloud API to spin up new virtual cloud systems programmatically to handle increased load or functionality.

Backup In computing the phrase backup means to copy files to a second medium (a disk or tape) as a precaution in case the first medium fails. One of the cardinal rules in using computers is back up your files regularly.

Big Data Collection of data sets that lend themselves to analytical utilization. Big Data is being used to demonstrate trends, patterns and correlations. The value of Big Data can cut across all verticals such as health services and advertising among others.

Bit The building block of all data. Bit is the smallest amount of information in a binary digital system. It can be used to represent 2 states of information, such as YES or NO.

Born on the Web a company or application that is solely web-based.  These organizations have no brick and mortar presence, strictly virtual, with all sales via e-commerce.

Byte A byte is 8 bits of information which is regarded as one word. A byte can represent 256 different states, for example numbers, processor instructions, or a combination of letters and numbers as in the ASCII code.

Cloud The term cloud has been around for a very long time. It has a variety of meanings, depending on who you ask. For some, it’s just a way of describing IT “outsourcing”; for others it means any service not hosted locally, but out on the Internet, and others describe it as computing resource hosted and managed by a Service Provider.

Cloud Management Portal An encrypted website where users can login and manage, architect and provision their cloud resources such as virtual networks, virtual machines, VPN connections, users, groups and roles.

DAS – Directly Attached Storage In the old days all mass storage devices such as disk drives etc were attached directly to the nearest computer (or were located inside the same box) so there was no need for a term describing this. But since the technologies which enable storage networking have become more prevalent, the term DAS has been used to describe those parts of a wider storage network in which this local connection is still used.

Data Encryption Encoding of data in such a way that only authorized users can read the data.

DevOps The collaboration and cross-pollination of Development and Operations Engineers through the entire life cycle of a product.

FAS Fabric Attached Storage conveniently bundles together the ideas of SAN and NAS, or Networked Storage. In the context of a storage area network, the fabric refers to the detailed make up of the network such as cards and attached devices.

Firewall A firewall is a company’s first line of defense against malicious intruders. It monitors the traffic entering your network, blocks unwanted traffic, and helps companies enforce a consistent, company-wide security policy.

Hybrid In a hybrid IT approach, an organization provides and manages some (IT) resources in-house but uses cloud-based services for others.

Hypervisor The hypervisor is a small OS that enables virtualization. It has the ability to allocate physical hardware resources to individual virtual machines.

IDAAS (Identity as a Service) A hosted authentication infrastructure which a third party provides and manages for the purpose of managing Single Sign On across multiple applications and environments for clients. This allows users to use one set of credentials which will assign them the proper rights across all of the covered systems.

Infrastructure as a Service (IaaS) means you’re buying raw computing hardware resource that are either dedicated or shared. In this model an organization outsources the equipment used to support operations, including storage, hardware, servers and networking components. You don’t have to worry about power, cooling, physical security, hardware and software warranties and licenses; Network, System and Storage Engineers, as all these are included and taken care of by the Service Provider.

Just a Box of Disks (JBOD) – is a term used for a storage enclosure which is supplied with disk drives pre-integrated. The systems integrator can incorporate their own choice of RAID controller or just use the JBOD as an economic way to add more disk storage.

Multi-Tenant Hardware or software environment shared by multiple customers. In the cloud environment these tenants are segregated from one another and only have access to their own environment and resources.

NAS – Network Attached Storage – is a term used for RAID, tape and other mass storage systems which have an integral network connection such as Ethernet or fibre-channel, these devices can be connected as a network resource rather than just attached to a particular server

P2V: Acronym for “physical to virtual.” P2V is the process of migrating systems from the physical hardware they originally ran on to virtual operating environments running in a virtualized environment.

Platform as a Service (PaaS) means you develop applications using Web-based tools so they run on systems software and hardware provided by another company. So, for example, you might develop your own ecommerce website or monitoring tool. Force.com (from salesforce.com) and the Google App Engine are examples of PaaS.

Private Cloud A private cloud is an enterprise computing architecture that is appeals to organizations by promoting more control and perceived security over their data. A private cloud is a secure and dedicated Cloud environment that contains one client vs many clients and is client controlled.

Public Cloud A public cloud is one based on a standard cloud computing model, in which a service provider makes resources, such as CPU, RAM and storage, available to the general public over the Internet, Defined as a multi-tenant environment, where a reservation of resources are allocated in a cloud computing environment that is shared with a number of other clients or tenants.

RBAC (Role-based access control) System used to control access to resources based on the roles of the users. This system is used to ensure users are granted access only to the areas necessary to perform their tasks.

Replication The process of creating and managing duplicate versions of a database. Replication not only copies a database but also synchronizes a set of replicasso that changes made to one replica are reflected in all the others.

SAN – Storage Area Network   This term was first coined to describe networks based around fibre-channel, but nowadays SAN’s can also be include other connection technologies such as Ethernet and even the internet. SAN is really a networking concept in which the software has knowledge of the quantity and value of data stored in mass storage devices and the characteristics of those storage devices. In SAN systems it’s not just enough to know that data is moving from A to B. The software also has to know about the backup strategy, data recovery and application software specific attributes to preserve and reconstruct the environment in case of a failure or system reconfiguration.

Shadow IT is an IT implementation or IT solution that is made within an organization without the approval of the IT department. These solutions are readily available and can typically be integrated regardless of end-user’s technical expertise.

Software as a Service (SaaS) means you run an application on someone else’s system. Web-based email, Salesforce.com and Google Documents are perhaps the best-known examples.

Software Defined Datacenter (SDDC) – refers to a data center where all infrastructure (server, storage, and network) are virtualized, pooled, and delivered as services through intelligent control planes, policies and programmable APIs.

VM Snapshot A snapshot is the state and data of a virtual machine at a given point in time. Taking a snapshot of a VM will act as a recovery point. So if major changes were to be taking place on a VM, a snapshot could be taken prior in the event that those changes negatively impacted the environment. It must be noted that a snapshot is not a backup!

Vulnerability Scan Vulnerability scans help companies reduce risk by identifying weak spots in their networks before they can be exploited by hackers. They are considered a network security best practice and are often required by industry regulators.